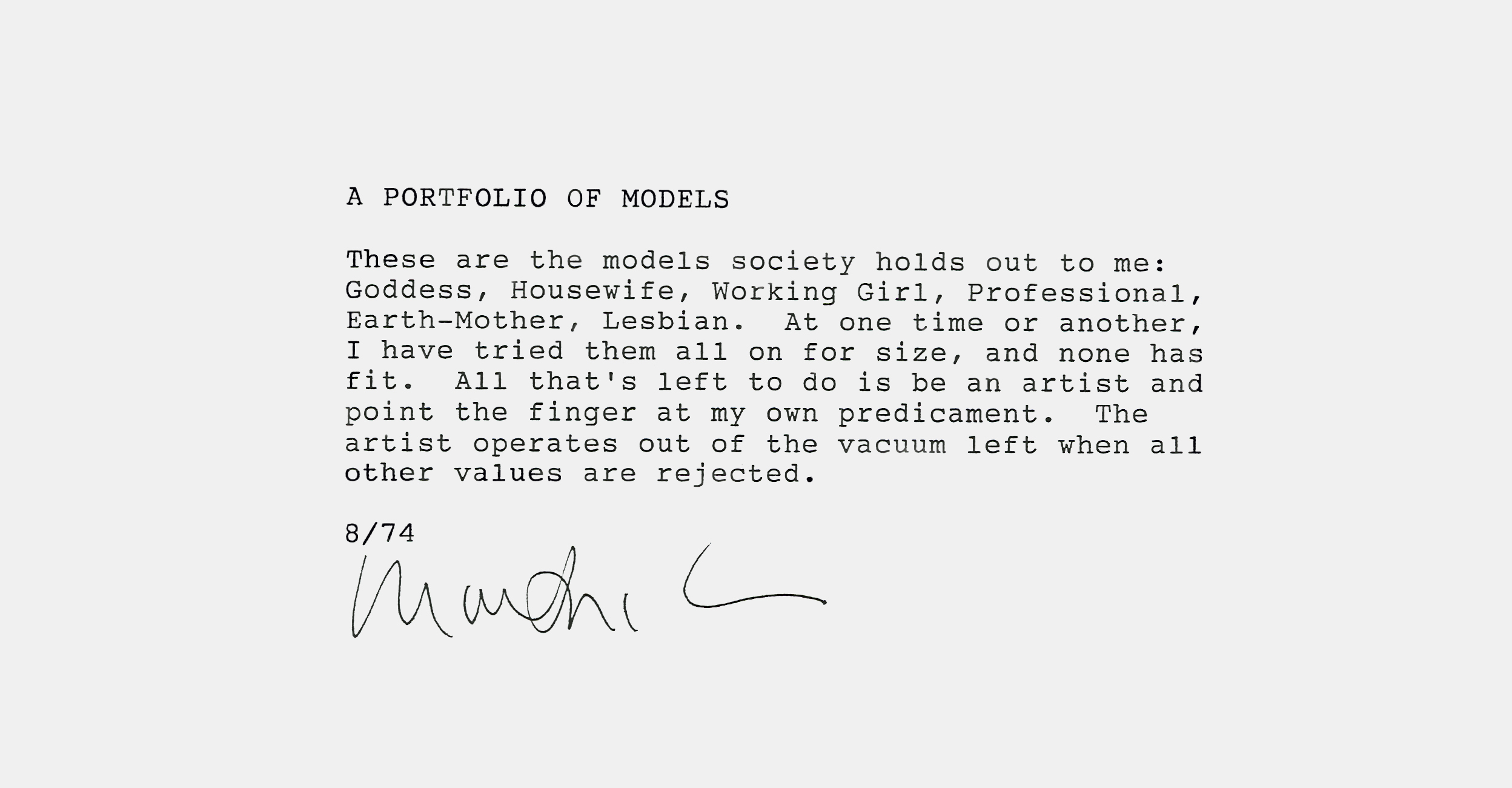 Martha Wilson explores the effects of camera presence in Solo Performance Compilation (1972 & 1974), Posturing (1972–1973), and A Portfolio of Models (1974). In Solo Performance Compilation, Wilson uses film as a political medium to document her subjectivity as a woman artist. As both filmmaker and performer, she asserts feminist autonomy over her image and counters phallocentric representations of the female body. Wilson reverses the male gaze by becoming a subject of her own desire while challenging standards of beauty in art and culture. Furthermore, in Posturing and Portfolio of Models, Wilson performs for the camera by embodying different personae that confront the politics of gender identity. By pairing text with each photograph, she creates a performative relationship between the mediums, which enacts her corporeal experience while performing as the Goddess, Housewife, Working Girl, Professional, Earth Mother, and Lesbian, among other characters. Wilson’s subjective agency places her identity as a woman artist front and center, a radical position that challenged the aesthetic practices of male conceptual artists working in the 1970s.

Martha Wilson A Portfolio of Models

Martha Wilson A Portfolio of
Models